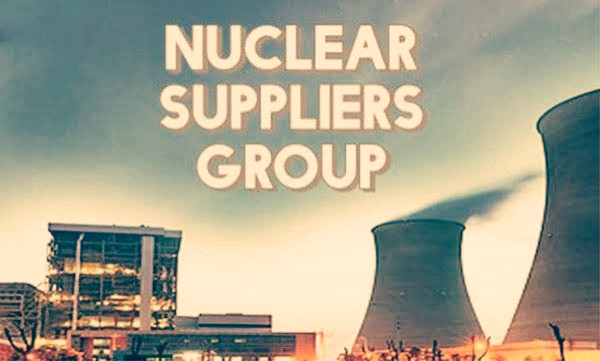 # The Nuclear Suppliers Group (NSG) is a group of nuclear supplier countries that attempt  to contribute to the non-proliferation of nuclear weapons through implementation of guidelines for nuclear exports and nuclear-related exports.

# The important guideline of NSF is “Non-Proliferation Principle,” which was adopted in 1994, whereby a supplier, authorizes a transfer only when satisfied that the transfer would not contribute to the proliferation of nuclear weapons.

# The Non-Proliferation Principle gives a Nuclear Weapon Free Zone Treaty where a  State will consistently share the objectives of the Treaty or that it will remain in compliance with its Treaty obligations.

# The NSG Guidelines ,which are implemented  by the participating group of countries will work  in accordance with  their own national laws and practices.

# Various international, legally binding instruments in the field of nuclear non-proliferation that follows the guidelines includes,

The Treaty on the Non-Proliferation of Nuclear Weapons (NPT),

The Treaty for the Prohibition of Nuclear Weapons in Latin America (Treaty of Tlatelolco),

The Treaty on the Southeast Asia Nuclear-Weapon-Free Zone (Treaty of Bangkok), and

NSG originally known as “London club”  was formed in 1974 after the explosion ,which indicated that nuclear technology transferred for peaceful purposes can be misused.

The NSG Guidelines were published in 1978 by the International Atomic Energy Agency (IAEA)  which provide transferring nuclear for peaceful purposes to ensure that such transfers would not be diverted to an unsafeguarded nuclear fuel cycle or nuclear explosive activities.

In 1992, the NSG  gave another set of  Guidelines for transfers of nuclear-related dual-use equipment, material and technology ie items which have both nuclear and non-nuclear applications, which could make a significant contribution to an unsafeguarded nuclear fuel cycle or nuclear explosive activity.

There are currently 48 participating governments in NSG. Some of them include China,U.S,Japan etc.

India,Russia,Pakistan,Iran,Israel are not the members of NSG.