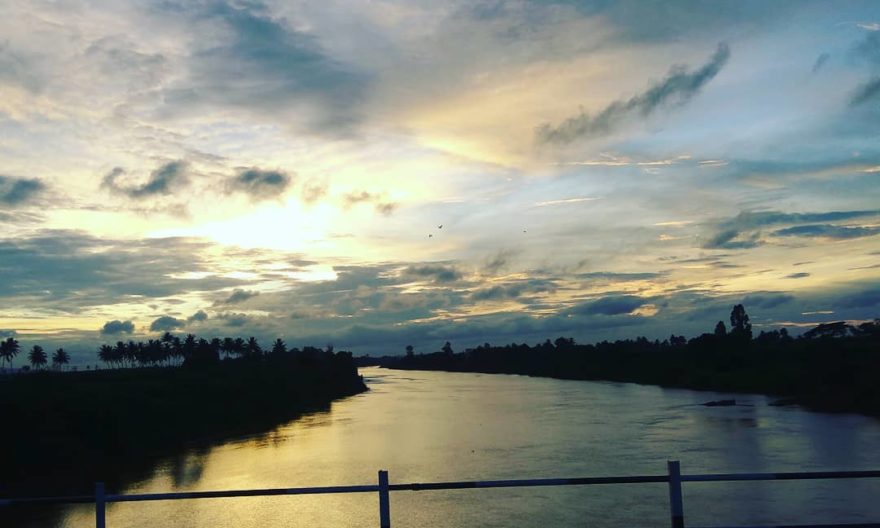 # Krishna river originates in Mahabaleshwar,near Jor village of Satara District of Maharashtra at an altitude of 1,337m in Western Ghats.

#The total length of Krishna river is 1400m.

# It drains over three states namely Maharashtra,Karnataka and Andhra Pradesh.

# 75.86% of the river basin is covered with Agriculture land.

# NorthEast of the river basin is dominated by Deccan Traps.

# Central Part of Krishna Basin is of Crystalline Rocks.

#Eastern side of river basin is dominated by Cuddapah Group. #It originates in Western Ghats at Kanakumbi Village in Belgaum District ,Karnataka.

#Renukasagar is also on the River Malaprabha.

#Pattadakal and Aihole inscription are located on the banks of river Malaprabha.

# The two rivers originate in Chikmangalur District of Karnataka.

#The ancient name of the river was Pampa.

#  Tungabhadra Dam is constructed across the river.

# Hampi is located on the banks of river tungabhadra .

# It rises near Mahableshwar in the Western Ghats.

# unlike other rivers flow,Koyna river flows in North-South Direction.

#It rises from Prayag Sangam in Kolhapur District ,Maharashtra.

# It joins with Krishna river in Narsobawadi,Maharashtra.

# Panchganga is formed by four streams namely Kasari,Kumbhi,Tulsi and Bhogawati.

# The largest tributary of Krishna river .

# It rises in Bhimashankar hills in Pune District ,Maharashtra.

# It flows through Maharashtra ,Karnataka and joins with Krishna

# Bhima river is seperated from Godavari Basin by Harishchandra and Balaghat Ranges.

#Bhimashankar Wild Life Sanctuary is located on the banks of Bhima river.

# Musi river originates in Anantagiri hills near Vikrabad in Telengana .

# It joins with Krishna river at Vadapally in Nalgonda District of Telengana.

# Hyderabad is located on the banks of river Musi.

#It originates at the Warangal District of Telengana.

# It then joins with Krishna at Eturu Village in Krishna District, Andhra Pradesh.