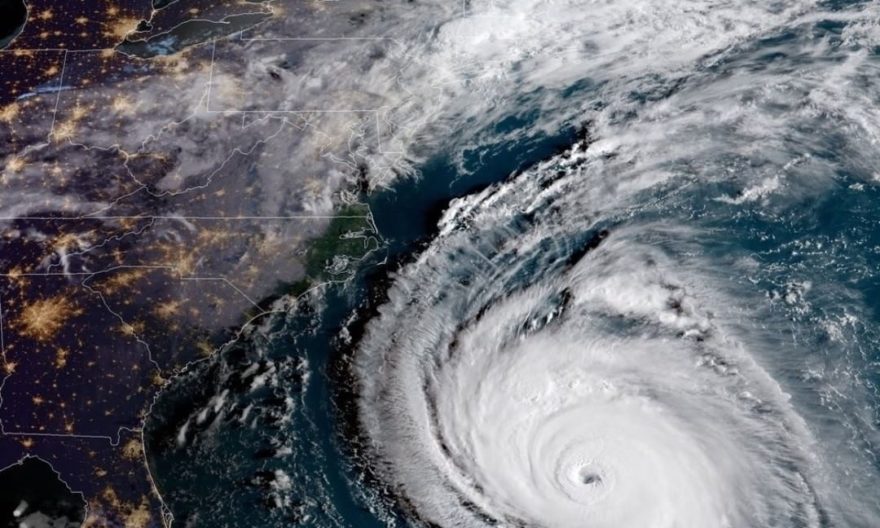 => Cyclones are atmospheric disturbances, characterised by, a centre of low pressure area surrounded by swift and often distructive air circulation

TYPES : From the location point of view cyclones are classified as

#Region of Formation : 35-65 degree latitude in both hemispere(that is within temperate region)

#Cause of origin : Convergence of two contrasting air masses – warm and cold air masses…..That is the formation of fronts

#After their formation temperate cyclones move in easterly direction under the influence of westerly wind,,, #Therefore the velocity of temperate cyclones is weaker(35 – 50 kph)

#Thereby controlls the whether conditions in the middle lattitudes

#Area : Temperate cyclones is so large and extensive

5.Area between iceland and barren sea

6.Continental Europe ; baltic sea and meditterranean sea ( this part flows eastward pakistan and then to northern india during winter season and cause precpitation – blessing for rabi cropes in punjab) #ORIGIN : (Tropical cyclone is like a heat engine which is energised by the latent heat of condensation)

#Conditions for the origin of Tropical cyclone

2.Higher value of coriolis force (as there is no coriolis force near equater there is the absence of tropical cyclones in the belt of 5-8*widthon either side of equator)….Majority of the cyclones originate within the 5-20 * latitude

4.Anticyclonic circulation at the height of 9-15 km above the surface disturbance..It sucks air from 0ceanic surface and upward movement of air is accelerated. Low pressure at the centre is further intencified

3.More vigorous and move with high velocities over oceans but become weak feeble while moving over land and ultimately die

5.Not uniform and regular

6.Extremely low pressure at the centre…

7.Isobars are circular and few in number

8.Not characterised by temperature difference as they are not formed by frontogenesis

9.No different rainfall cellss in tropical cyclones…hence each part of the cyclone yields rainfall

10.Not always mobile – heavy rainfall at a particular place

11.This cause heavy flood and other deadly disasters

12.Track movement : east to west under the influence of trade winds

13.Confined to particular period of the year – mainley during summer ->emergence of high waves in the ocean – ie, sea surge

->samoa and fiji islands and north coast of australia(south pacific)

^Typhoons in the China Sea and Pacific Ocean;

^Hurricanes in the West Indian islands in the Caribbean Sea and Atlantic Ocean; ^Tornados in the Guinea lands of West Africa and southern USA.;

^Willy-willies in north-western Australia and

^Tropical cyclones in the Indian Ocean The criteria below has been formulated by the Indian Meteorological Department (IMD), which classifies the low pressure systems in the Bay of Bengal and the Arabian Sea on the basis of capacity to damage, which is adopted by the WMO.

Cyclones are classified into five different levels on the basis of wind speed.

They are further divided into the following categories according to their capacity to cause damage:-

The Indian subcontinent is one of the worst affected regions in the world. The subcontinent with a long coastline of 8041 kilometres is exposed to nearly 10 per cent of the world’s tropical cyclones. Of these, the majority of them have their initial genesis over the Bay of Bengal and strike the East coast of India.

On an average, five to six tropical cyclones form every year, of which two or three could be severe.

More cyclones occur in the Bay of Bengal than the Arabian Sea and the ratio is approximately 4:1.

Tropical cyclones occur in the months of May-June and October-November.

Cyclones of severe intensity and frequency in the North Indian Ocean are bi-modal in character, with their primary peak in November and secondary peak in May.

The disaster potential is particularly high during landfall in the North Indian Ocean (Bay of Bengal and the Arabian Sea) due to the accompanying destructive wind, storm surges and torrential rainfall.

Of these, storm surges cause the most damage as sea water inundates low lying areas of coastal regions and causes heavy floods, erodes beaches and embankments, destroys vegetation and reduces soil fertility. Storm surges (tidal waves) are defined as the rise in sea level above the normally predicted astronomical tide. Major factors include:

Cyclones vary in diameter from 50 to 320 km but their effects dominate thousands of square kilometers of ocean surface and the lower atmosphere. The perimeter may measure 1,000 km but the powerhouse is located within the 100-km radius. Nearer the Eye, winds may hit at a speed of 320 km. Thus, tropical cyclones, characterized by destructive winds, torrential rainfall and storm surges disrupt normal life with the accompanying phenomena of floods due to the exceptional level of rainfall and storm surge inundation into inland areas. The most fatalities come from storm surges and the torrential rain flooding the lowland areas of coastal territories.

‘NCRMP’ is a pioneer project drawn up with the purpose of creating suitable infrastructure to
mitigate the effects of cyclones in the coastal states of India in a sustainable way.

The project has identified 13 cyclone prone States and Union Territories (‘UTs’), with varying levels of vulnerability. These States/UTs have further been classified into two categories; based on the frequency of occurrence of cyclones, size of population and the existing institutional mechanism for disaster management.

The key objectives of the project are:

 Reduction in vulnerability of coastal states through creation of appropriate infrastructure which can help mitigate the adverse impacts of cyclones, while preserving the ecological balance of a coastal region.
 Strengthening of cyclone warning systems enabling quick and effective dissemination of warning and advisories from source/district/sub-district level to the relevant communities