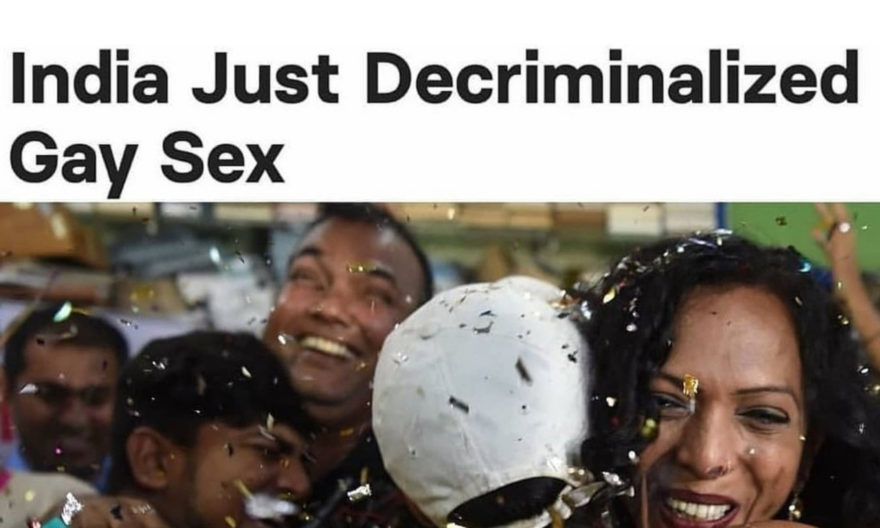 Section 377 says about Unnatural offences. It starts with “Whoever voluntarily has carnal inter­course against the order of nature with any man, woman or animal, shall be punished with 1[imprisonment for life], or with imprisonment of either description for a term which may extend to ten years, and shall also be liable to fine”.This article criminalizes gay sex which date back to British time . Timeline of Verdict on section 377 :

Naz Foundation v. Govt. of NCT of Delhi is a landmark Indian case decided by a two-judge bench of the Delhi High Court, which held that treating consensual homosexual sex between adults as a crime is a violation of fundamental rights protected by India’s Constitution. The Delhi High Court had decriminalized homosexuality among consenting adults, holding it in violation of Article 14, 15 and 21 of the Constitution of India. It however held upheld criminalisation for non-consensual and non-vaginal sex involving minors.

Supreme court found the high court judgement as legally unsustainable .Two judge bench sited that Only a fraction of the country’s population constitute LGBT and left to parliament to decide about the deletion of particular article.

Shashi tharoor’s private member bill to decriminalize homosexuality was put on table of parliament in 2015.But bill failed in voting in Lokshaba .

“Gay sex is not crime “says supreme court in its final judgement on section 377.It also revealed that sexual orientation is natural and people have no control over it.Now S.C  defanged that article which belongs to British era.Now it is no longer an offence under section 377 to engage in consensual gay sex in private.