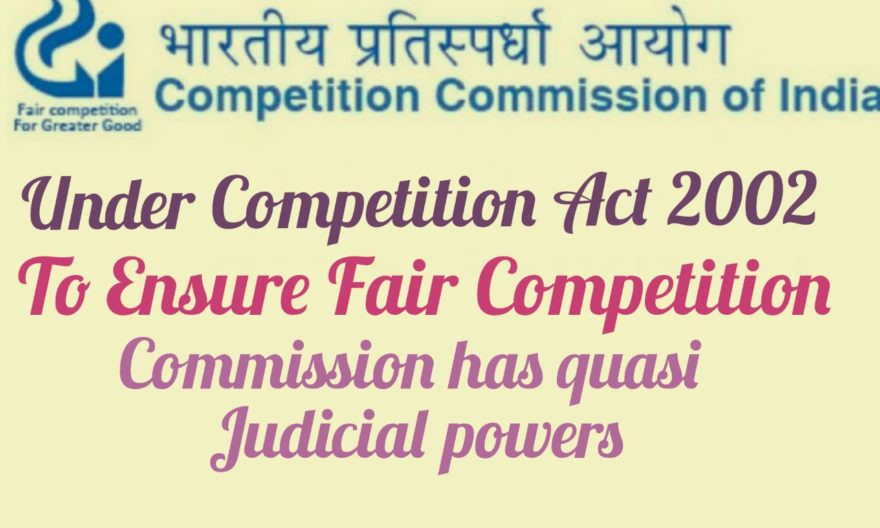 Why Competition Commission Of India Is Established ???

#A fair level of competition in the market will make producers to maximize incentive to innovate and specialize.This fair competition will also result in reduced costs and wider choice for consumers.

# Fair level of competition will also make a level playing field to the producers and make the markets work for the welfare of the consumers.

#Thus to create and sustain fair competition in the economy Competition Commission Of India was established.

#Competition Commission Of India was established under The Competition Act 2002 which follows the philosophy of modern competition laws.

——>Regulates mergers and acquisition of companies.

Predatory pricing meaning : The pricing of goods and services at such a low level so that the other firms cannot compete and are forced to leave the market.

The Competition Commission Of India Functions and Organisation :

# The commission is a body corporate which has regulatory and quasi judicial powers.It functions through benches and each bench consists of at least two members and one of such member must be a judicial member.

# CCI consists of a Chairman and 6 other members .

#Term of office for both chairman and members is 5 years and elligible for reappointment.

#The chairperson and other members are appointed by the Central Government from a panel of names recommended by a selection committee in which Chief Justice of India or his nominee is a Chairman.

# The duty of CCI is

——>to eliminate the practices that have an adverse effect on competition

——>to promote and sustain competition

——>to protect the interest of consumers

——>to ensure freedom of trade in the markets of India.