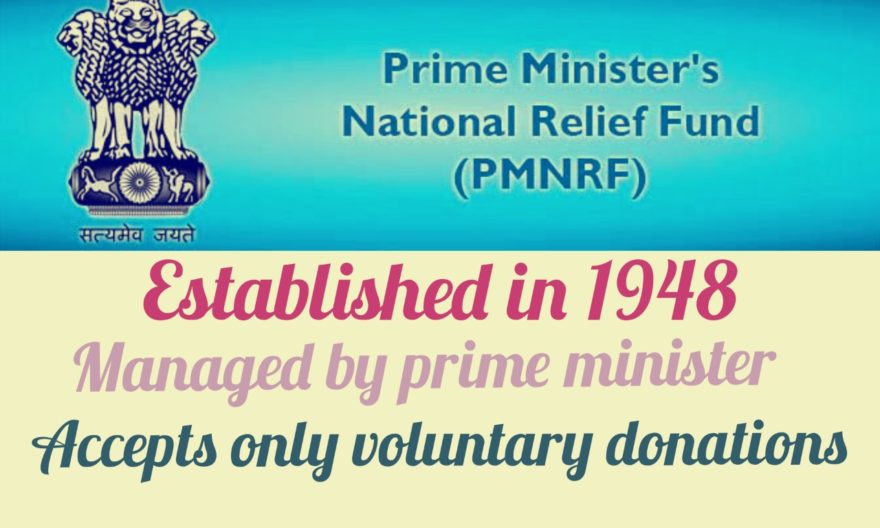 # PMNRF is not constituted by parliament and is managed by Prime Minister.

#PMNRF fund is now primarily used for the immediate relief to families of those killed in natural calamities like flood,cyclone.earthquake and also to victims of the major accident and acid attack etc.

#The fund is entirely of public contribution and .does not get any budgetary support

#PMNRF accepts only voluntary donations from institutions and individuals.

#The fund is invested with Scheduled Commercial bank.

#Disbursement of fund from PMNRF is made with the approval of Prime Minister.

#The fund is recognized as a  trust under Income tax act 1961.

# PMNRF is exempt under income tax act under section 10 and 139 for return purposes.

#Its contribution also notified for 100% deduction from taxable income under 80G of income tax act.

# section 10 deals with long list of exemptions especially for the salaried employees to reduce the burden of taxing such as House Rent allowances, Children Education Allowance, Hostel Allowance, Gratuity, Leave Travel Allowances and goes on…