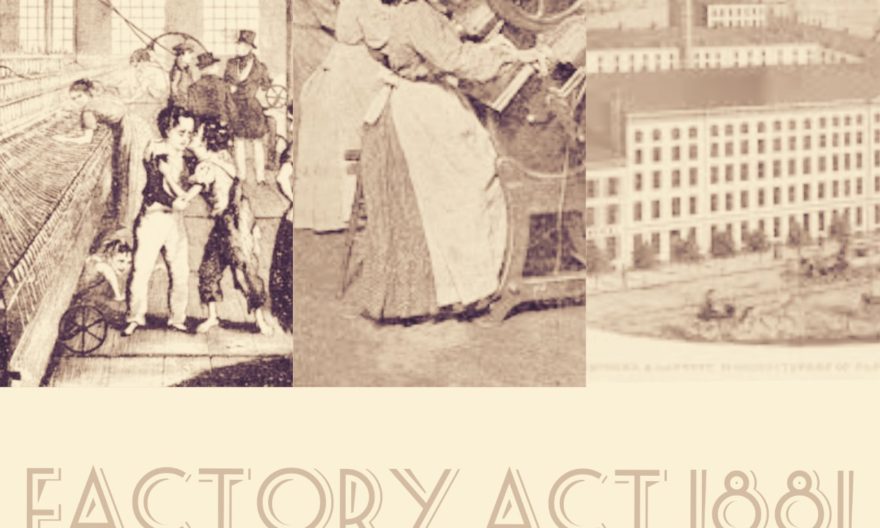 In 1875, a committee was appointed to inquire the conditions of all factories .After effect of this committee , factory act 1881 was adopted.The act was adopted during the period of lord Ripon. Lord Ripon belong to liberal party .

1.For the first time British tried to improve the working conditions of laborers.
2.This act is applicable only to factories using mechanical powers,employing not less than 100 workers.
3.The act prohibited employment of children under the age 7.
4.children between the age 7-12 were to work for maximum 9 hours.
5.Dangerous machines should be fenced properly to avoid accidents.
6.The act had a provision of one hour rest during the working period.
7.4 days leave in a month for workers was made compulsory.
8.To supervise the implementation of this act,inspectors are appointed.

Further ,factory commission was appointed in 1885 .